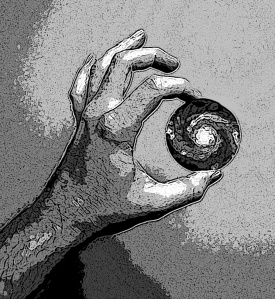 Allow me to be a hypocrite.

Not long ago I wrote about how everyone is trying to turn back the clock on science. So many religious fundamentalists and leftist activists are trying to deny the basic principles of sciences when they disagree with the conclusion.

In the past year, noted physicists including Stephen Hawking have made the conclusion that the idea of God’s place in creating the universe isn’t “necessary.” Interesting. They are basing their conclusions on the notion that every time they derive equations and close some gap regarding an unknown aspect of the universe and its creation, they find a reasonable explanation sans supernatural. So while there are still some mysteries about the spawning of the universe, they feel that whatever they discover, it will be based on something reasonable and not founded in divine mysticism.

I’m a Prime Mover man myself. While there are so many elements in life easily explained by evidence, such as atomic structures, evolution, DNA, etc., there still is no explanation or proof about what set this giant mechanism known as the universe into motion. Something had to do it. Even if physicists uncover what did spawn the universe, they can’t explain why it was created. Science is not concerned with the why, only the how. This is fine. It’s what science does— to provide explanations to the phenomena around us.

The theory of God’s necessity works the opposite for me. Every time they uncover something, whether it’s about atoms or the universe, they find yet another, unexplainable facet of their structure which needs investigation. It never seems to end. They have faith in that they will continue to find things deeper and deeper.

I think there’s a gulf that we can never cross because there’s no ship to sail over it.

Maybe that’s where God is. Or isn’t.